How to Derestrict an Electric Bike – The Definitive Guide 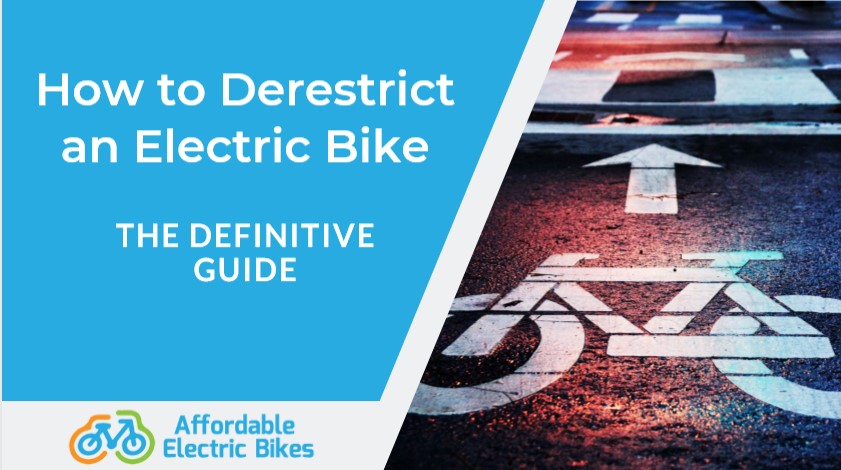 Today, most electric bikes have an assisted speed limit of 25 km/h, but this is insufficient for those who want to drive faster for sports and other professional or leisure activities. If you want electric assistance at higher speeds, the best way is derestriction, whereby the pedal assistance limit is removed allowing the bike to reach speeds of up to 32 km/h or more. 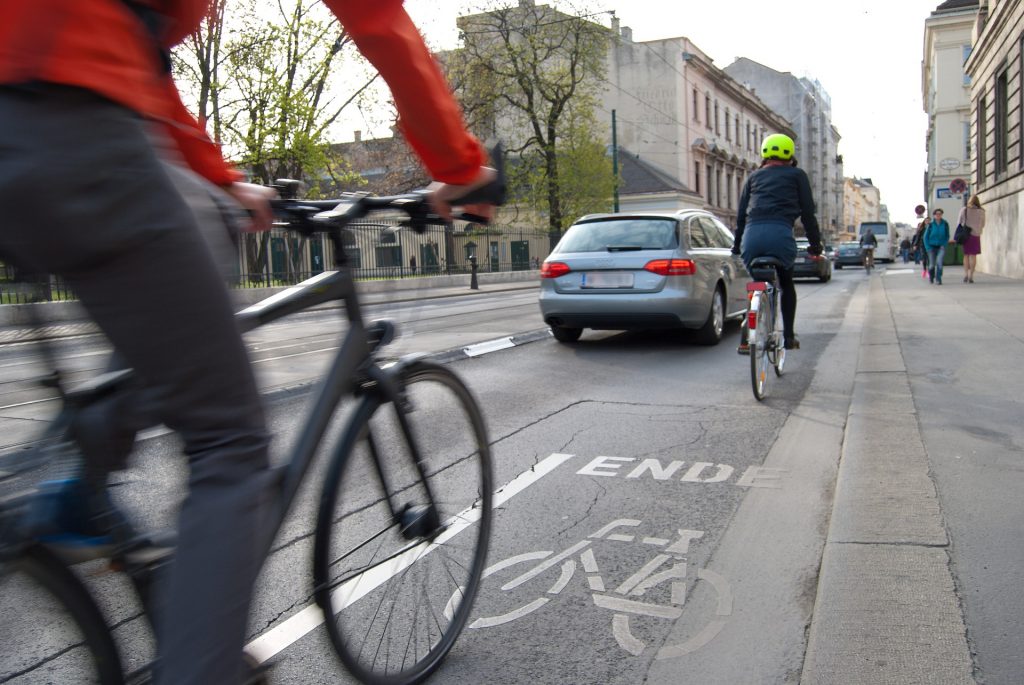 Also known as tuning, this process allows the machine’s motor to release all its electrical power naturally without inhibiting it.

Note that in Canada the speed limit with assistance is 32 km/h; however, modifications made to the assistance system are still sometimes prohibited. So, know that if you make modifications, you may only be allowed to use your bike in specifically dedicated zones, such as a mountain bike course or fenced-in yard.

Elsewhere, like regions of the United States, if speed assistance functions above 25 mph the bike may be categorized as a low-power motorbike, requiring registration, a drivers license and plates. Be sure you’re aware of your local legislation before taking a derestricted e-bike on the road. Once you’ve done your research, it’s time to move on to tuning.

What specific tools are used for tuning and how does it work?

In most cases, only two components of this machine are required to complete the procedure: the controller and sensor.

They work as follows:

The controller receives the data provided by the sensor when the electric bike is in operation and compares it with details already stored in the computerized system: the manufacturer’s speed limit of 25km/h and wheel circumference. With this information, it calculates the speed of the bike and cuts assistance when the 25km/h mark is reached. 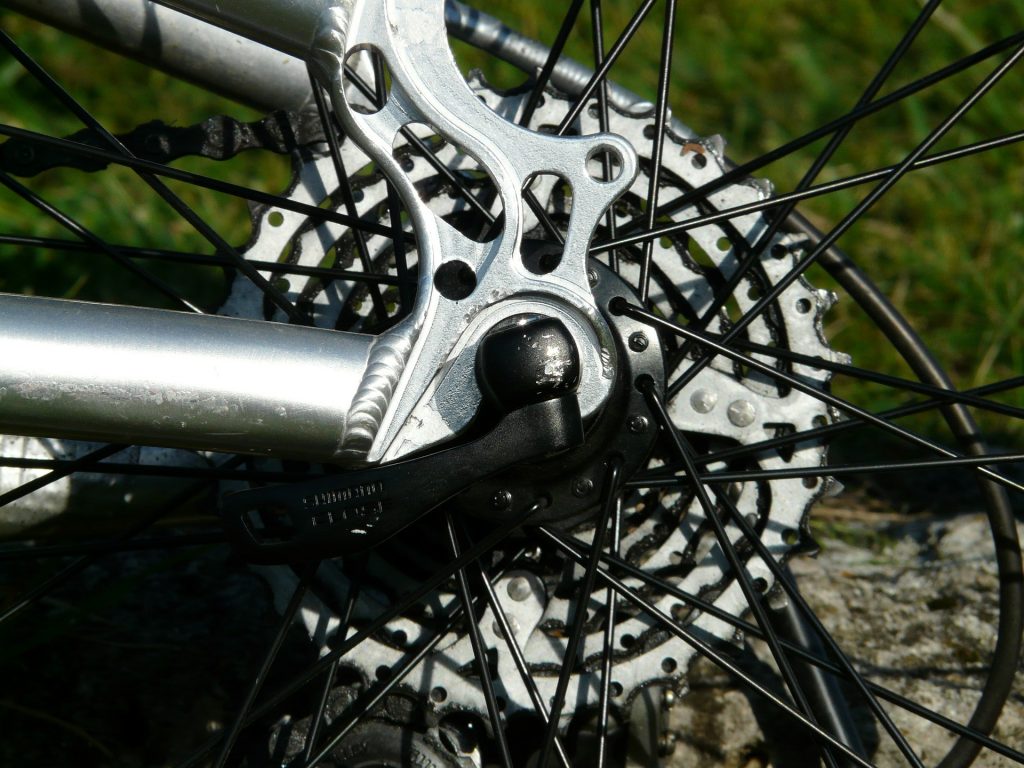 The sensor is a mechanical unit placed symmetrically on the frame facing one of the rear-wheel spokes, which contains a magnet. This console measures the magnet’s circulation frequency, which is then transmitted automatically to the controller for speed regulation.

Generally, tuning involves adjusting the e-bike’s electric assist system to allow the motor engine to operate at its normal capacity, without restriction. It feeds intentionally distorted data into the machine’s electronic controller, so that the system can be triggered to deliver assistive power beyond the 25km/h threshold.

During operation, the controller on a de-restricted bike will record a speed lower than the one the bike is actually traveling at, one that doesn’t surpass 25km/h. Therefore, while the bike’s display shows a normal reading, it is gauging only about half of the machine’s actual speed. In other cases, the flange can be completely removed, so that the speed of your e-bike is no longer limited by the manufacturer’s in-built restrictions, but only the maximum power that your engine can deliver. These are the two primary processes for de-restriction.

Things to check before proceeding:

Before undertaking derestriction, it should be noted that the tuning process will vary technically from one machine to another depending on the e-bike brand. Therefore, the tuning technique used on one particular assist system may not necessarily work on another.

It’s therefore important to research your engine in order to pick the correct tuning procedure. Typically, machines that run on hub system motors are more difficult— and sometimes impossible—to derestrict, while those that operate on pedal motors are fairly easy to tune. Nevertheless, there are always tuning alternatives on the market that you can use to derestrict your bike’s speed limits no matter the model. 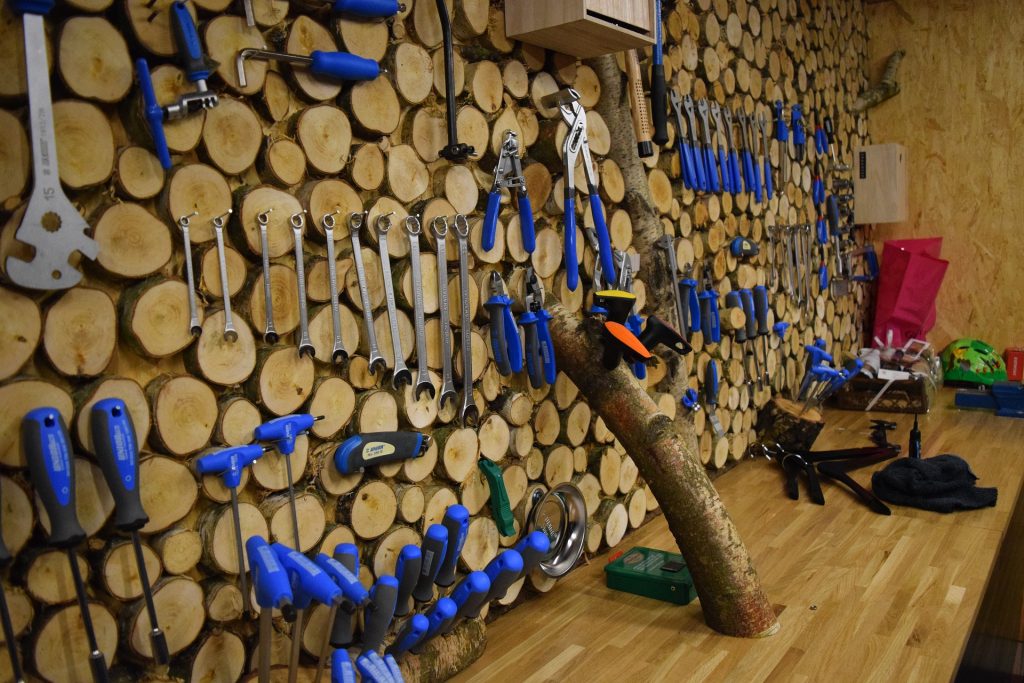 In most cases, this procedure can be done by anyone, including those who don’t have any background in electronics. You only need to follow the tuning instructions provided and everything should go according to plan. Still, before tuning your bike, you should check a few things:

• Whether your e-bike has the capacity to be tuned

• The legality of the procedure and potential disadvantages of modification, such as restriction from using the normal bike-paths in some jurisdictions

• Penalties for speed over the legal limit in your area

• You may void the bikes Warranty, which will exclude you from their future customer support

Manual derestriction without using a kit

With this procedure, you won’t require any special tools or equipment to adjust the e-bike’s assisted speed limit. You’ll only need to modify the sensor’s speed reading manually, so to change the way the transmitter relays data to the controller. This is how it’s done:

On most electric bikes, these elements include the sensor itself, found on the frame-base, and an adjoining magnet on one of the rear wheel’s spokes. First, you need to manually count the number of rotations completed by the magnet as it turns around the wheel’s axis, while also remembering that the bigger the wheel, the quicker the machine will move.

By moving the magnetic sensor from the wheel and onto another part of the bike, the speed control will record different numbers, allowing assistance at faster speeds. For instance, you can place the sensor on the pedal, which normally rotates more slowly than the wheel. This way, the controller will perceive the magnet rotating at a lower frequency, thus signaling a lower speed than is actually the case. In order to accomplish this, you’ll need to do the following:

1. Ensure that the electrical system and wheels are fully intact.

2. Use an allen key and some tape to hold the components in place. 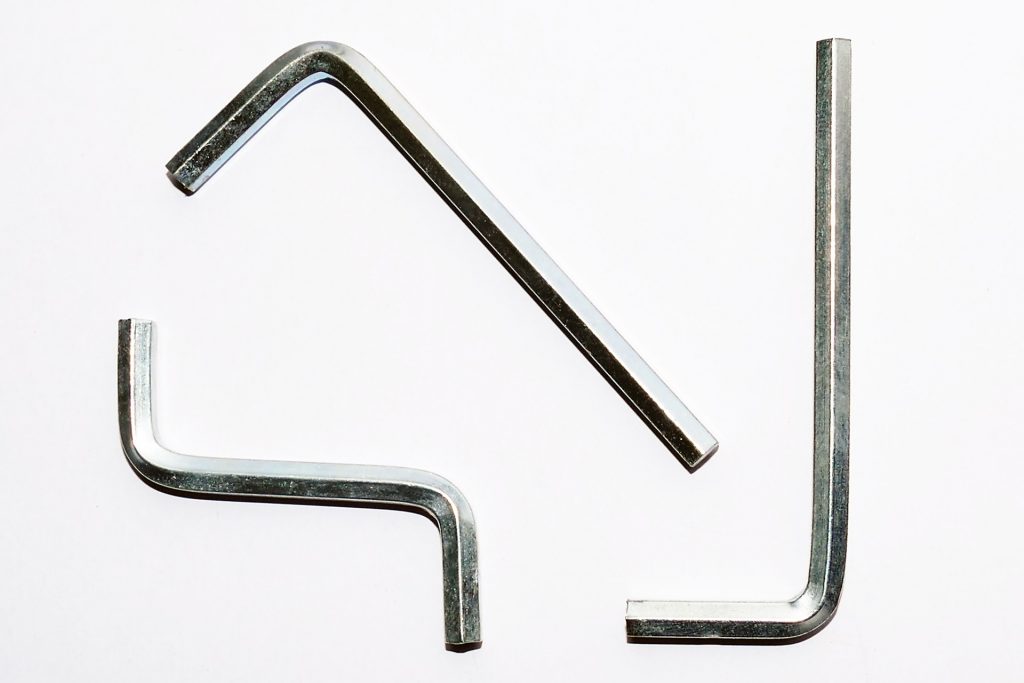 3. Gently detach or relocate the wheel magnet and sensor. Alternatively, you can replace your original e-bike magnet with a more powerful neodymium magnet.

4. Next, fit the magnet within the pedal bracket.

5. Finish the process by transferring the sensor to a convenient part, and then rotate it sideways to face the pedal bracket.

In most cases this will work, but if you don’t get the desired results then simply adjust the sensor location until you’re fully satisfied with the bike’s performance.

Another manual derestriction method, one that’s rarely used by e-bike owners, entails disconnecting the sensor cables. This will keep the speedometer’s reading at zero, meaning you won’t be cut off from speed assistance by the bike’s system even if you surpass the 25km/h limit. However, the main concern with this tuning method is knowing which particular wire to disconnect, especially since the process is often irreversible.

Therefore, you need to be sure that the wires you’re disconnecting are actually those of the speed sensor and not those of any other of the bike’s components.

De-restriction with a tuning kit

Tuning kits are mechanical devices specifically created to enhance the speed and performance of electric bikes. With tuning kits, there’s no need for using any delimitation tricks that may have adverse effects on the machine. It’s a simpler and more professional method of unleashing the speed potential of your e-bike, and one that doesn’t require too much effort, or the risk of system damage.

Nowadays, these kits are commonly used by both mountain bikers and city riders since they are affordable and easy to activate. Moreover, just as in the above process, they work by making the system controller perceive that the machine is running below its maximum assisted speed, so the motor engine can be triggered to continue to release power and make the electric bike run at higher speeds. In addition, this derestriction method has the benefit of allowing you to return the bike back to its normal cycling mode if you want to, all at the touch of a button.

Even though there are many types of tuning kits available in the market that can be used to unlock your bike’s speed, they are all slightly different from one another and every unit is manufactured to work only on certain kinds of engines. As a general rule of thumb, it’s advisable to refer to your make and model to find the most appropriate kit for your electric bike. For large sized e-bikes, the kit usually varies depending on whether your bike has an EVO or ride control system.

As the name suggests, these derestriction kits don’t require the user to remove the housing before use. The component is simply attached to the bike’s sensor directly, so that it can be left fully intact.

Once fitted onto the machine, speed delimitation occurs automatically and sometimes even immediately. Nevertheless, for a few kits the tuning will only occur after the rider reaches a certain cycling speed, usually between 15-20km/hr. When this speed is surpassed, the dash panel will show half the speed that’s actually being engaged by the machine. 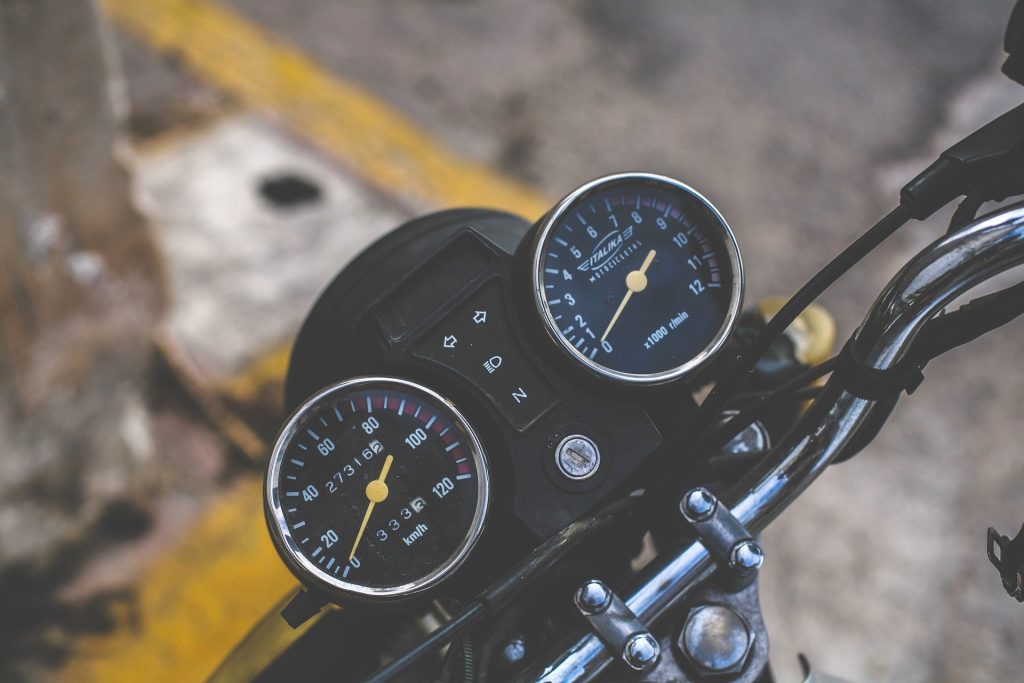 This category of kit mainly consists of modules that are directly connected to the system controller and bypass the collection system. In the e-bike industry they are commonly referred to as ‘dongles,’ typically consisting of a micro controller and around 4 connection cables.

The installation process of dongles may vary depending on the specific model, but they all require that the crankcase that contains the assistance system be removed first before the device can be installed. Once this is done the device can easily be introduced into the e-bike system to derestrict its speed.

One of the main advantages of these internal installation units is that they can be activated and deactivated at any given moment, without having to dismantle anything. In fact, most of them have an automatic shutdown mechanism that allows the assistance system to return to normal working condition without any manual intervention. Similarly, some are fitted with switches that can activate or deactivate the e-bike’s speed potential by simply pressing a button found on the keypad.

Manual tuning and tuning kits are both effective tuning methods that can be used to subvert the speed assist limitation on your e-bike, so that you can ride as fast as the motor can deliver!

Have fun out there, and be safe; always wear a helmet. 😉